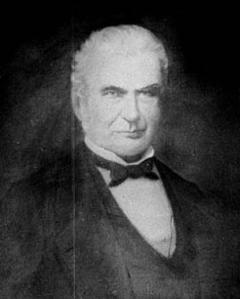 Charles Campbell was born 'at sea' in 1810. He was the son of the well-known Sydney merchant, pastoralist, and founder of Duntroon, Robert Campbell, and Sophia Palmer.

Newman in the Australian Dictionary of Biography says:

He was a precocious child and was taught by classical tutors in Sydney before entering Thomas Reddall's and then Rev. F. Wilkinson's schools. Afterwards he studied at home until he went to Europe about 1829. He had a phenomenal memory, and an outstanding knowledge of Latin, Greek and comparative religions. After returning to Sydney in 1835 he decided on a country life at Limestone Plains.

In 1835 George Thomas Palmer (senior) agreed that his cousin, Campbell, should come to his Palmerville estate at Ginninderra to manage it for him. Campbell became an even closer relative of his cousin, marrying Palmer's sister (Catherine Irene) at Paramatta in 1837. They had seven children together.

The move to Ginninderra may have been an arrangement entered into by both parties with a view to Campbell taking over the estate. Shortly after, a sale was arranged, but Campbell was badly affected by the prolonged drought of 1837-39 and an outbreak of sheep scab and he defaulted on his payments so that George (senior) foreclosed and it reverted back to the Palmer family by 1842.

Palmer sold the ... 10,646 acres to Charles Campbell for £30,000 to be paid in instalments. Campbell, however, defaulted on his payments and ownership of the land reverted to Palmer. Campbell subsequently moved his family back to Duntroon.

Campbell went on to a live a very successful life managing Duntroon and participating in the civic life of the colony. He returned to Scotland and died at Inverness in 1888. Catherine had died at Bayswater, Middlesex, in 1863.