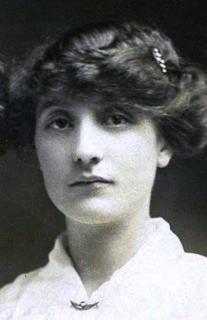 Amy Reid was born at Spring Flat in Tallagandra: over the border from Mulligans Flat. Her parents were Richard Reid, a grazier, and Sarah, daughter of Alfred Mainwaring Rich, who had run a private school at Ginninderra in the 1880s. Education was important in this family and all the children were encouraged to read widely.

Amy was a shy child and continued to be introverted into her adult life. Amy and her sisters, Margaret and Lilian, were very close. In fact, all three were quiet in temperament, preferring the company of their own families to the outside world. Amy's early years were spent in the slab hut built by her father at Spring Flat, but he soon had a more commodious weatherboard home built and as he developed a quality wool clip, things were looking good for the Reids. But in the unusually bleak winter of 1929, Amy's younger brother Tom and her parents all suddenly died of pneumonic flu within a few days of each other. The shock of this tragedy brought the sisters even closer together.

The young Currans had no capital or land behind them and rented one of the two cottages at Palmerville next to the convict barracks, where Amy bore her first two children: Nell and Heather. Her sister's family (Lilian and William Gillespie) were in the other cottage at this time. In 1927 they purchased the lease of Deasland, where Babe built up a world-class merino clip. Here, Amy had two more children: Richard and Isobel. In married life, she worked hard to support her husband in his efforts to become one of Australia's premier woolgrowers. In the early days she cooked for the shearers, did all the domestic work and helped wherever she could. She also kept chooks and a few cows for butter and milk. Deasland had its own dairy.

After Babe died unexpectedly in 1964 the Currans began thinking of how best to wind up the estate. Richard continued to manage the property and even topped the Goulburn wool sales on occasion in his own right, but they decided to sell up in 1971 and left Deasland. Amy moved to the new Canberra suburb of Weetangerra. She died in 1977.