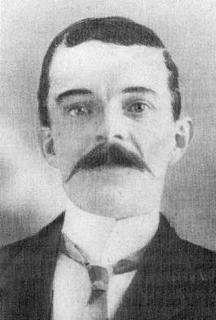 Ginninderra Store
The origins of the Ginninderra store go back to the establishment of a 'station store' by William...

Ginninderra storekeeper, Arthur Flower, was born in Sydney in 1868. His parents were William Lewis Flower and Jane (nee Hoskings). The family had a connection to the Queanbeyan district in the 1860s, where the parents were wed. Arthur and his younger brother, William (1873-1939), lived in Ginninderra in the 1890s.

Arthur managed the Ginninderra Store for many years until 1896 when he relocated to Yass. His departure drew comment from the Queanbeyan Age:

"We had a Flower within our garden growing, We nourished it with fond and anxious care ; Rich in its charms of nature's own bestowing, Of tints unrivalled and of fragrance rare." The above quotation from an old ditty reminds me of the loss we have sustained by the departure of Mr. Arthur Flower, who for a number of years has been assistant in the Gininderra Store, and was looked upon as part of the establishment. Mr. Flower entered upon his duties during the late Mr. Harcourt's career, and remained until the closing. He was a universal favorite, with both young and old, having endeared himself by his modesty, courtesy, and general affability. I believe he has gone to Sydney, but wherever he may decide to make his future home he carries with him the good wishes of all for his future success in life. (Queanbeyan Age, 30 June 1894)

He came back to the district three years later when he purchased the Premier Store in Hall. But he only stayed a few years and returned to Yass in 1901, where the Flowers purchased a popular boarding house.

Arthur married Ginninderra local, Jane Gribble of The Valley, in 1894. He and Jane had four children: Annie, Ida, Ellen, and Edgar. Annie died as an infant in Yass.

The Flower brothers were very active in the local community. Arthur was an office holder of the Ginninderra Cricket Club and president of Hall Football Club. Arthur also chaired meetings of the Ginninderra Literary Committee. William was a violinist, who performed at many of the local dances and events.

In 1905, Arthur died in Yass after an eighteen-month illness. He was only 37.