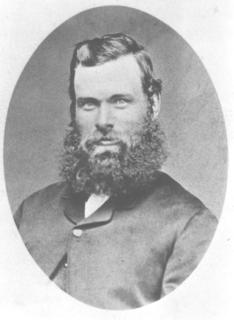 Peter Shumack - known as 'Big Pete' - was born in 1844, the third son of John Shumack and Margaret Toole. This was the branch of the Shumacks which settled at modern-day Lyneham. In 1869, Peter married Elizabeth Jane Gillespie, the daughter of John Gillespie and Mary Ann (nee Hutchinson), born in Ireland in 1838. They had two children. Sadly, Elizabeth died prematurely in 1872, aged just 34 years. Peter was remarried in the following year to Elizabeth 'Betsy' Williams with whom he had eleven children.

Both his brother Joseph, and his uncle Peter Shumack (Senior), had bought blocks of land in Upper Canberra astride the Yass road in 1857. In 1876 Joseph converted the house that he had built on his block to a hotel - the 'Canberra Inn'.

Parish maps show that Peter Shumack (Jr) began acquiring land in that district in 1863, on which he built a home - his property becoming known as 'Fern Hill' (Mackennal Street, Lyneham today). Most of the holdings were sold up in 1911, to George E. Southwell of Majura - some 600 acres which fetched ₤1,552. The balance of his land was known as Kia-Ora (Garling Street, Lyneham today) and was farmed by his son Edward ('Ted') up until 1937.

'Big Pete' was an enthusiastic cricketer and it was in one of his paddocks that occasional cricket matches were played between his Canberra side and Ginninderra's. A well-known photo of the Ginninderra Ladies cricket team was taken at Weetangera Lane, 'Fern Hill'.

On 21 March 1958 the Canberra Times reported that the original Fern Hill property, at the back of St Ninian's Church, was to be pulled down to make way for the development of Lyneham. 'Fern Hill' was located along Mackennal Street in Lyneham. The Times reported the original slab house, built by Peter Shumack 100 years before, was revealed intact when the homestead buildings were being demolished. The slab house had been protected and built over when F.S. Southwell took over the property in 1912. The original house revealed in 1958 was about 30ft by l0ft and consisted of two rooms. It was built entirely of red gum slabs, some measuring 20 inches in width. (Canberra District Historical Society, website)

Big Pete Shumack died in 1912 and is buried in St Johns, Reid, where he had served as a Churchwarden.