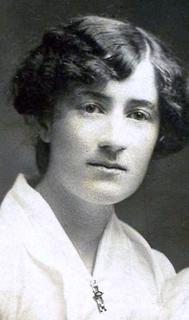 Fairy Bower
Fairy Bower – a cottage in the village As settlement increased throughout the colony of...

Lilian Anne Reid was the third daughter of Richard Reid of Spring Flat, Tallagandra and Sarah (nee Rich) who was the daughter of Alfred Mainwaring Rich. In 1918 she married William Gillespie of Elm Grove. They had two children: Lyall and Jack.

Lilian's early years were spent in the slab hut built by her father at Spring Flat, until he contracted a more commodious weatherboard home. In the unusually bleak winter of 1929, Lilian's younger brother Tom and her parents all died of pneumonic flu within a few days of each other. The shock of this tragedy was said to have turned her into a semi-recluse; only seeking the company of close family members.

She and William moved into 'Cooee' at Hall briefly, before relocating to Queanbeyan. By 1925 they were at Well(s) Station (where William was the manager) and then in the following year they were living in one of the two old Palmerville cottages. Her sister, Amy Curran, was residing with her family in the other one. In the early 1930s, William ran her 150-acre 'Reidsdale' property at Spring Flat which she had inherited after the 1929 tragedy.

In 1939, the Gillespies finally settled down into a more permanent arrangement, moving to Turner in Canberra. William found employment with the parks and gardens department, Canberra High and eventually with ANU as a groundsman. Tragically, he died in 1972 from the effects of ingesting a poisonous spray he was applying to his fruit trees. Lilian died in 1987.

William and Lilian were the parents of prominent Canberran and the first Ginninderra historian, Lyall Gillespie