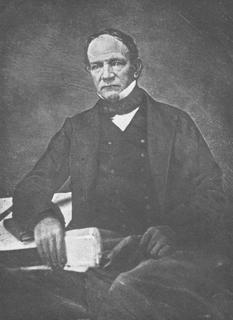 Charles Throsby's nephew, Charles Throsby Smith, and his colleagues (James Vaughan and Joseph Wild), may have been the first Europeans to visit the area where Canberra now stands, but the uncle must be credited with responsibility for its discovery. It was the uncle who commissioned the expedition and informed its work through his own exploration to Lake George and the northern reaches of the present-day ACT.

Charles Throsby was born near Leicester, England, in 1777, the son of John Throsby, an antiquarian and historian. He arrived in NSW as a naval surgeon in 1802. When decommissioned, Throsby became one of the first settlers in the Illawarra and the Moss Vale districts. In 1817 he explored the inland regions west of Sutton Forest with his friend, Hamilton Hume. In 1820, in search of the Murrumbidgee River, about which local Indigenous people had informed him, he explored the district around Goulburn and Lake George and as far south as the Yass River and possibly into the ACT itself (at Kowen, east of the airport).

After this, he arranged the party of his nephew, Charles Throsby Smith, and two emancipists: James Vaughan and Joseph Wild. The latter man was an experienced bushman and had accompanied Charles Throsby in the Lake George expedition. In December 1820 Smith's party visited the eastern reaches of Ginninderra, crossed the Molonglo and Queanbeyan Rivers, climbed Black Mountain and were, as such, the first Europeans to visit the Limestone Plains.

But Charles Throsby was frustrated that his nephew had not located the Murrumbidgee River, as instructed. He therefore returned to the district, himself, in the following March and explored the region further, travelling as far south as the Murrumbidgee (probably near Pine Island).

The exploratory work of the uncle, the nephew and the members of their parties aroused great interest amongst the Sydney-based pastoralists. Joshua John Moore of Liverpool soon established a settlement (i.e. Canberry Station at Acton) in the district.

Governor Macquarie made Throsby a magistrate over the new County of Argyle, created out of part of the land he had explored. However, Throsby was a troubled man and did not prosper in the New World; taking his own life in 1828.