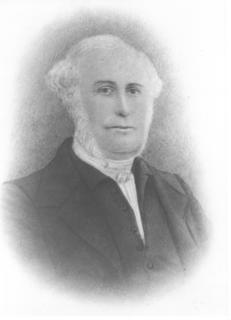 George Thomas Palmer was born in 1784 at Brompton in Kent. Palmer achieved the rank of Lieutenant in the British army and was believed to have fought in the Napoleonic Battles of the Nile and Alexandria.

His parents were John Palmer, NSW commissary, and Susan (nee Stilwell). His father had been purser on the Sirius in 1788 and had decided to settle permanently in the colony. He fetched his wife and younger children from England and was granted 100 acres at Garden Island Cove (then known as Palmer's Cove) in 1800. During this time his son, George, remained in military service, but he must have been receiving favourable reports from his father about the opportunities in the new land.

In Malta in 1805 George married Catherine Irena Pemberton with whom he was to raise nine children. This marriage also made him the nephew (in law) of Robert Campbell who would be responsible for the establishment of Pialligo Station (later known as Duntroon) in 1825.

In 1806 George and Catherine arrived in the new colony themselves when the Albion docked at Sydney.

He impressed the authorities and soon enjoyed well-remunerated positions as provost-marshal and superintendent of government stock. But Palmer was keen to pursue his own business and pastoral interests and resigned from his civic posts and the army in 1812. He took up residence primarily during these years at Pemberton Grange, Parramatta and acquired 700 acres near Bringelly. No doubt, his wife's family's early interest in the opportunities on the Limestone Plains (newly explored by Charles Throsby and his son) prompted Palmer in 1826 to send a party to carve out his own estate at what was called by local Indigenous people 'Ginnin-ginnin-derry'. In this way he is responsible for the first European settlement in Ginninderra, known as Palmerville.

His convict workers, under Duncan McFarlane, appropriated a large area along Ginninderra Creek. This was 'granted' to him soon after as the absentee landowner. Palmer's Ginninderra workers quickly built up the estate's infrastructure and livestock. According to the 1828 census he had about 15 men (almost all of them convicts) under McFarlane's charge. In a letter just twelve months later Palmer claimed to be employing 43 convicts and 18 free men and to have erected four cottages, four barns, two granaries, stables, sheds, and the Ginninderra Convict Barracks. By 1836 he had expanded his landholdings to about 10,500 acres.

It is debated whether Palmer ever actually resided at Ginninderra himself. It seems unlikely that he did. The evidence shows that his main residence continued to be Pemberton Grange through these years. If he stayed at the estate, it would have been a temporary arrangement.

George Palmer served as a magistrate in Sydney and was a member of the board of the Female Factory in the late 1820s. In 1829 he was even considered as a nominee for the Legislative Council. He also made other land purchases in other areas of NSW (e.g. at Bukelong and near Bathurst)

In 1835, he sent his cousin, Charles Campbell, to Ginninderra to manage Palmerville for him. Campbell became an even closer relative, marrying Palmer's daughter (Catherine Irene) in 1837. Meyers, in Lairds, Lags and Larrikins says:

Palmer sold the ... 10,646 acres to Charles Campbell for £30,000 to be paid in instalments. Campbell, however, defaulted on his payments and ownership of the land reverted to Palmer. Campbell subsequently moved his family back to Duntroon.

In 1839 George and Catherine Palmer returned to England, having made their money in the colony, and retired comfortably in Somerset. Palmer died in 1854 at Bath and Catherine in the following year.