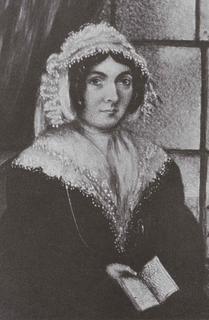 In Malta in 1805 Catherine married George Thomas Palmer (senior) with whom she had nine children. She was the niece of Robert Campbell who was to order the establishment of Pialligo Station (later Duntroon). In 1806 she and her husband decided to make their fortune in the new colony. They arrived in the Albion.

Her husband enjoyed well-remunerated positions as provost-marshal and then superintendent of government stock. But Palmer was keen to pursue his business and pastoral interests and resigned from his civic posts and the army in 1812. They took up residence at Pemberton Grange, Parramatta and acquired 700 acres at Bringelly. No doubt, Catherine's family's early pastoral interests on the Limestone Plains prompted her husband in 1826 to send a party of convicts to carve out his own estate in the Limestone Plains at Ginninderra Station. In this way the Palmers were responsible for the first European settlement in Ginninderra, known as Palmerville estate.

They seem not to have lived at Ginninderra themselves, nor did they feel at home in the new country. However, their son, George Thomas Palmer (junior), remained and spent some time at the family's estate at Ginninderra with his own family from about 1845.