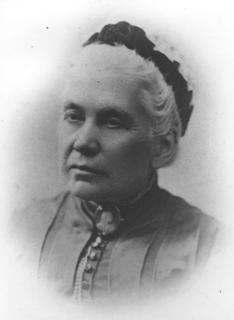 Susan Adriana Davis (known as 'Addie') was born at the Palmer's Parramatta homestead in 1825. Her parents were George Thomas Palmer (senior) and Catherine Irena Palmer (nee Pemberton). In 1826, the Palmers set up the first European estate at Ginninderra. They were related to the Campbell pastoralist family of Duntroon.

In 1850 Susan married William Davis (junior) who her brother had recruited as manager of Palmerville estate.

In 1854 when her grandfather, George Thomas Palmer (senior), died in Somerset (where he had retired), Palmerville was left to Susan. Her husband was one of three trustees of the estate, identified as manager and found himself in effective control of Palmerville.

He was an excellent pastoralist and manager. Davis improved the operation of Palmerville and expanded their landholdings to include 'Goongarline' (Gungahlin).

Susan was a well educated woman and an accomplished pianist.

It is said that in 1877, after the sudden death in a horse race of William's nephew, Ernest, who had been managing the estate for them, they were 'devastated'. They were very close to the young man and saw him as a successor, having no children of their own. Davis then employed Edward Crace as the new manager, but they did not see eye-to-eye. They sold their Ginninderra and Gungahlin properties to Crace and the Davises soon retired to Woodhouselee near Goulburn.