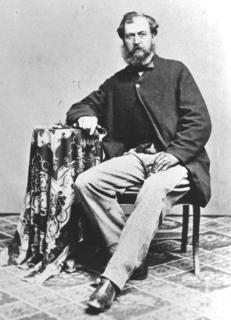 Harold Mapletoft Davis was the son of William Davis (senior) and Elizabeth Jane Davis (nee Weston). He was born in October 1831 in Bloxham, Oxfordshire.

Although most of the Davis family had migrated to the colony by 1842, he remained in England to complete his education. In 1856 he married Emmaline Mary Longmore in Cadeleigh. She was the daughter of James Longmore and Elizabeth (nee Wyatt).

The newlyweds travelled to NSW, where they joined Harold's father at Booroomba station. Harold and Emmaline had four daughters together before Emmailine died suddenly in 1862.

They appear to have moved with the rest of the Davis family to Ginninderra in 1859 when Booroomba was sold. Harold worked as a land agent and licensed surveyor in the district and set up a company named, Murringo Liabilities (insolvent by the late 1870s).

They lived at Emu Bank near the Shumacks' property at Springvale, Weetangerra. Harold was a prominent member of the early Ginninderra and Queanbeyan cricket teams.

In 1864 Harold married a second time; to Martha Annie Gowing. They had four children. Martha was a sister of the Gowing brothers who established the well-known retail firm in Sydney. Her parents were Ellis Symonds Gowing and Charlotte (nee Sones).

In 1865 Harold and Martha sold up and left Emu Bank. They lived in a number of areas in NSW. Martha died prematurely in 1883 at Young (then still known as Lambing Flat), aged 43.

Harold eventually settled in the Bungendore district, where he continued working as a surveyor and also served as a local magistrate.

Davis was on good terms with local Indigenous families (particularly the Hamiltons). He had played cricket with Bobby Deumonga in the 1860s and he initiated the approach in 1888 to the Aborigines' Protection Board to have a brass plate made for Queen Nellie Hamilton in recognition of her role as a Ngunnawal leader. The proposal was approved and the plate was presented to her by Mayor Bull of Queanbeyan.