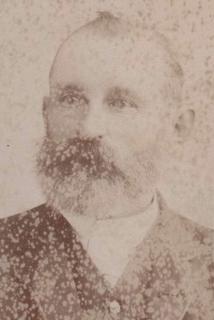 Thomas Gribble (senior) was a cordwainer (bootmaker) from Totnes in Devonshire. His parents were Nicholas Gribble and Mary Ann (nee Skinner). In 1836 he married Agnes Sandford Jones at Teignmouth with whom he had nine children.

Their son had married fellow bounty migrant, Kate Warren, at Windsor in 1860 and had moved to Ginninderra, where they farmed a small selection later known as The Valley. Their intention was to remain in Ginninderra and to conduct a bootmaking business there with youngest son, John. However, business proved not to be sufficient enough in the fledgling community to induce them to stay and they decided to join their third son, William, in Sydney where he was opening up a bakery. They had left Ginninderra by 1865.

Henry Morris became the next bootmaker of Ginninderra. The first recorded bootmaker in the district was William Wyatt who resided in Ginninderra with his wife, Elizabeth, in the 1840s.

Samuel Shumack preserves the story about their decision to migrate.

In 1863 Thomas Gribble [junior] wrote home requesting that his parents come to Australia, and in less than six months the old people and their four children arrived in Sydney. Gribble Snr was a boot-maker, and soon after landing, he and his youngest son, John, arrived at his elder son's farm, where he started boot-making without delay. He did well in the locality and was a good conversationalist. About twelve months later he returned to Sydney, where he and his son William opened a bakery.