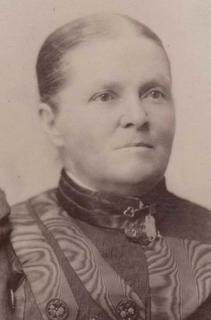 Their son had married fellow bounty migrant, Kate Warren, at Windsor in 1860 and had moved to Ginninderra, where they farmed a small selection later known as The Valley. Their intention was to remain in Ginninderra and to conduct a bootmaking business there with their youngest surviving child, John. However, business was not sufficient in the fledgling community to induce them to stay and they decided to join their third eldest son, William, in Sydney where he was opening up a bakery. Agnes and Tom (senior) had left Ginninderra by 1865. Henry Morris became the next bootmaker of Ginninderra.

Samuel Shumack preserves an interesting story about the prejudiced reaction they had to news of their son's marriage to an Irishwoman. He reports Thomas (senior) saying:

My son Tom had left England about two years when we received a letter stating that he had married an Irish girl. When his mother read this letter she broke down and cried, 'Oh Lord, what have we done that our son should disgrace his family and marry an Irish savage.' I got the surprise of my life when we arrived here and found Tom's wife Kate was equal to any of my daughters.

Agnes predeceased her husband in 1876. He followed 13 years later.