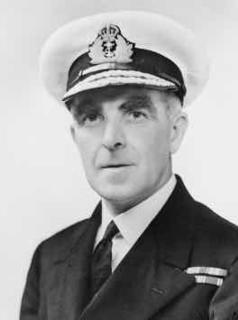 Admiral John Gregory Crace KBE (known as 'Jack') was born in 1887 to Edward Kendall Crace and Kate Marion Crace (nee Mort). He is the most decorated military officer born in Ginninderra and one of the district's most renowned ex-patriots.

As the son of Ginninderra's most wealthy family he had a privileged upbringing. He attended King's School as a boarder in Sydney, until he was 12 years old when he was sent to England to finish off his education.

He married Carola Helen Baird in Scotland with whom he had at least three children.

In 1913 Crace entered the Royal Navy as a cadet midshipman on the HMS Britannia. He graduated as a torpedo officer on the HMAS Australia. He served as a naval officer in the First World War with the Australian and British Navies. In 1918 he was a Lieutenant on the famous HMS Hood, which was to be sunk by the German battleship Bismarck in the Second World War.

Crace rose in rank until he was appointed captain in 1928 commanding the HMS Valhalla. At the outbreak of World War Two he was promoted to rear-admiral and appointed to the Australian Command. His flagship was HMAS Canberra. He commanded the Australian contingent at the Battle of the Coral Sea. In 1942 he served as vice-admiral in command of Chatham Dockyard. He was knighted after the war and retired a few years later, having earned the rank in the British navy of full admiral