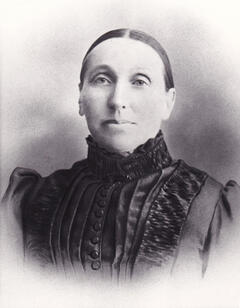 John and Margaret, Eliza and her brother Joseph and her uncles Peter and Joseph, arrived in Australia on the ship 'Lascar' in 1841. Two more sons, Richard and Peter, were then born in Canberra.

John was initially employed by William Klensendorlffe, near the Molonglo River, and by 1842 was the first tenant of 'Glebe Farm', Duntroon. He died in 1849 and is buried at St Johns, Reid. Margaret re-married in 1854 to Edward Woods, a carrier, but he died suddenly in 1860 near Goulburn. Margaret then resided at Emu Bank, Belconnen until she died in 1879. She is buried in the Roman Catholic section of the Queanbeyan Riverside Cemetery.

Hugh had not been in Australia long when purchased land at a land sale in Queanbeyan near Spring Flat, Tallagandra, next door to his brother George. Hugh erected a dwelling and lived on this land for several years. He left it in trust for his daughter Ethel Walmsley when he died and to this day it is well known as 'Tintinhull' {named after his English village}.

Hugh and Eliza progressively acquired more land and established their home 'Wattle Grove' on land adjoining the Ginninderra-Sutton Road and engaged in farming and grazing pursuits.

Joseph Shumack (1836 Ireland-1901) married in 1865 to Bridget Mary Ward (1838-1914) :
Publican of 1st licenced premises in Canberra district. He turned his home into the Canberra Inn. This was opposed by surrounding inhabitants as well as some members of the Board of Magistrates of Queanbeyan, but most voted in favour and licence was granted.
Died 23/12/1901 at his residence in Crawford Street, Queanbeyan, aged 65 yrs

Richard Shumack (1842-1931) married in 1868 to Margaret Shumack (a cousin):
at the age of 20 he selected the land for the farm 'Tolldale' on which he lived the rest of his life. 8 children & 6 grandchildren were born in the house that he built (site of house was where the O'Connor tennis courts are now). Richard built a one room cottage where they lived after marrying. More rooms were added to by Richard to make it a small but comfortable cottage and Margaret lived there until her death even though a modern cottage was built on the property.

Eliza and Hugh had ten children, with Margaret (who married Richard Maloney of 'Hillside', Ainslie) being the second in 1864 and John (who married Ellen Maloney and lived at 'The Pines', Ainslie) the fourth in 1868.

Hugh Read died on 2 September 1894 at 'Wattle Grove', Sutton aged 56 years and is buried in the cemetery at St John's church.
Eliza Read died on 21/10/1907 and was buried beside her husband and also with son John (husband of Ellen Maloney) Read and daughter Margaret (wife of Richard) Maloney.