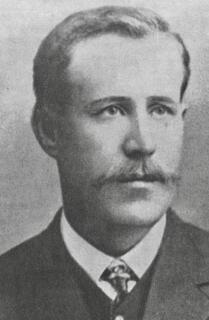 He married for the second time in 1876, when he was fifty-six years old, to Priscilla Williams, daughter of Phillip and Anne Williams of Weetangera. She was twenty-two. George Kendall was their only child, born in 1877, some quarter of a century after his step brother and step sister. He was still an infant when his step sister, Sara Jane (jnr), committed suicide in 1878. She had married a few years earlier, to Thomas Murty [1848-1933], and they had a son, George Lockie [1875-1964]. The two young Georges were to grow up together and become good friends.

The confusion often arising from given names repeating down the generations and siblings belonging to different marriages was greatly compounded in this case, when in 1889 the widower, Thomas Murty, and the widow, Priscilla, married. They thus became the parents of the two young Georges, one the uncle of the other.

George Kendall was born at Nanima (Nanama), where presumably his father was practising his blacksmithing and wheelwright trades amongst the free settlers of that district. In 1884 however, George (Snr) was appointed postmaster at Canberra post office, and the family moved to the post office and residence on the Queanbeyan-Yass road in the foothills of Mount Ainslie. When George (snr) died in 1886 Priscilla wrote to the postal department to inform them and was appointed to the position herself, remaining in charge for the next twenty-seven years. It was here that the two young Georges shared their childhoods, while Thomas and Priscilla Murty had two children together – Annie and Agnes. It seems likely that that George Kendall attended the Springbank school at Acton, about a couple of miles southwest of the post office and home.

George Kendall had the resources in 1900 to buy two blocks of land in the village of Hall from Joseph Bolton, a local farmer who had been the licensee of the Cricketers Arms hotel for the decade of the 1880's. One of the blocks was for his future residence while the other was for the establishment of a coach-building and blacksmith works – the trade that both his father and grandfather had made a living from before him. It was reported in May 1900 that:

Two new buildings are in process of erection in the village of Hall. One is a saddler's shop, and the other a coach factory and wheelwright shop. The latter is directly opposite Mr A W Flower's Premier Store [Goulburn Evening Post:29.5.1900]

From other mentions in the local papers, George was evidently getting involved with the local community. Musically talented, he helped provide the music for a surprise party for Mr and Mrs James Darmody [Queanbeyan Age: 1.9.89], and 'with messrs F Brown and Hall and occasionally Mrs Bundock' provided the music at the 21st birthday party of Miss Minnie Murty of Gledeswood [Queanbeyan Age:22.2.1902]. On 26 November 1901 he was elected to the committee of the Ginninderra School of Arts. In early 1902 he was elected to the committee at the annual meeting of the Ginninderra Race Club, and In 1903 he played for the Hall tennis team in a match against Murrumbateman, having become secretary of the tennis club the previous year, and again in 1919 when the club was revived. When the Hall Progress Association was established in 1906 George and Aubrey McClung were elected joint secretaries at the inaugural meeting. He was also in that position in 1925, writing to the Federal Capital Commission requesting improvements to the school. He and Aubrey were evidently good mates, venturing into cattle dealing together at one stage, and with his blacksmith August Hellmund, reportedly landed ten codfish from the Murrumbidgee in 1911.

Meanwhile the business evidently got off to a good start:

During the week I visited the local blacksmiths and wheelwrights establishment in Victoria Street and was greatly astonished at the excellent workmanship put into the various vehicles by that competent and persevering tradesman Mr George Kinlyside. Amongst about a dozen articles in the manufactured line I noticed a very pretty sulky built to order of Mr Mark Southwell. Mr Kinlyside besides having a large and commodious workshop is ably assisted by Messrs [Frank] Brown and [Eugene] Savage and has every requirement in the line of tools at his fingertips [Queanbeyan Age: 10.8.1901]

George was not only a top class artisan, he was also an inventor. In 1903 he was granted a NSW Patent for the invention of 'Improvements in machines for distributing pollard dough and the like' – the Kinlyside patent poison distributor. This recommendation appeared in the Queanbeyan Age in 1905:

The attention of our readers is directed to Mr G Kinlyside's advertisement in our business columns of today. Mr Kinlyside's blacksmithing and wheelwrighting business at Hall has been growing by rapid strides during the past two years and he today employs no less than six artisans. The Kinlyside patent poison distributor is becoming well-known and widely used in the district. Its simplicity, durability and ease of maintenance surpass any other make of machine for the destruction of rabbits. Mr Kinlyside has also patented a fumigator – a little piece of mechanism that should find a place in every farm in the district [Queanbeyan Age: 19.5.05]

In 1900 George built a sizeable paint shop next to the works, fitted with a large ceiling fan to accelerate drying of paint on the coaches and buggies that he was building or repairing. For one reason or another, in 1907 this large hall was given to the Hall community to be used for community purposes. The occasion was marked in great style:

To celebrate the opening of Mr. Geo. Kinlyside's new hall, a ball was held on Friday night last. The building which is situated opposite to Messrs. Southwell and Brown's up-to-date store, is a credit to the enterprise of Mr. Kinlyside who has supplied a long felt want to the residents of the thriving and go-ahead village of Hall. The length of the building is 55ft. and the width 25ft and it will accommodate a large number of people.

The hall was tastefully decorated for the occasion with flags, etc., this being the work of Mesdames Buckmaster, Bolton, the Misses A. Hollingsworth, M. Murty and Mr. Jack Hollingsworth. On the invitation of Mr. Kinlyside, Captain Sam Southwell, in an appropriate speech, in the course of which he eulogised Mr. Kinlyside for his enterprise in erecting such a commodious hall, formally declared same open amidst applause.... [Queanbeyan Age, 12 November 1907, p 2]

The building was henceforth known as Kinlyside Hall, and over the years it was used for every kind of community activity – meetings, concerts, dances, balls, church services (for the Anglican congregation), and as a picture theatre. Initially, George himself would collect and return the film reels to Queanbeyan station is his Model T Ford. Later, Colin Southwell took on the projectionist role.

In 1909 George married 'the girl next door', Ada Hollingsworth [1889-1951]. Ada was the daughter of Malachi Hollingsworth, a publican from Yass, and Susan Hollingsworth [née Curran]. Ada was born at Murrumbateman, the seventh of their eleven children, but by the time of her marriage she was living in Hall.

Malachi died in 1898, whilst licensee of the Cricketer's Arms hotel. Susan took over from him and ran the hotel for the next seven years. After that Susan lived on the corner of Victoria and Gladstone Streets – right next to the Kinlyside works - and for a while ran a boarding house there.

George meanwhile, a careful planner, had a fine house built in Palmer Street on the block right behind his works in the main street, which they christened 'Kenmyra'. This had earlier caught the attention of The Wizard, writing in the Goulburn Evening Post- 'I notice that Mr G Kinlyside has commenced the erection of a model cottage as a private residence on a beautiful site right in the centre of our little village' [3.4.1909]

George Kendall was the youngest of the third generation of Kinlysides in Australia, who came from a family of hard-working blacksmiths. His father George, grandfather Thomas, uncle John, and older brother Thomas were all blacksmiths, wheelwrights and coachbuilders. George Kendall was twenty-one when he established his Victoria Street business. As citizen and businessman he served his community for forty years in multiple capacities – blacksmith, wheelwright, coach-builder, painter, carpenter, tank-builder, inventor of the 'poison cart', taxi proprietor, undertaker, film projectionist, and more. He was a prominent Freemason.

What is perhaps most striking about his working life is that it almost precisely coincided with the transition from the horse to the motor vehicle as means of transport and motive power. The first Model T Ford came to Australia in 1908; the number of horses in NSW (saddle, light harness and draught) was still growing at that time. By 1938 however, the year that George sold his business to Jim Rochford and retired, the motor vehicle was dominant. The business he sold was a 'motor garage'. Coach builders learned to make and fit panels for motor vehicles; blacksmiths morphed into mechanics; petrol, not fodder, was the fuel required.

As early as 1924 Kinlyside was promoting the 'Hall Motor Garage' as 'District Agent for Gray Cars' – 'demonstrations arranged', 'motor tyres and sundries stocked'. He himself purchased a Model T Ford (it is a 1922 model that features in a number of family photos) which, as well as his personal use, he operated for a while as a taxi and as an 'ambulance' for emergency trips to hospital. Not only immensely skilful and inventive in his handiwork, he built a thriving business and guided it through the technological revolution triggered by commercialisation of the internal combustion engine.

George retired from his business in 1938 at the age of sixty-one. He sold the business to Jim Rochford of Hall, and he and Ada moved into 'town' – setting up home in Braddon. He worked until 1944 with the government transport department's mechanical repair shop, maintaining buses, and died the following year, aged sixty-eight. Ada died in 1951, They are buried together at St John's Church, Canberra.