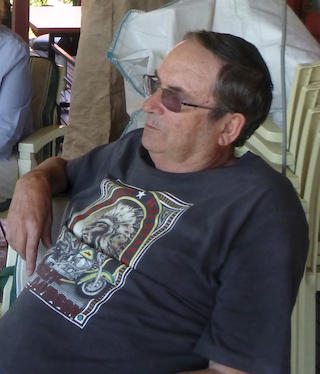 Kingsley is the son of Cedric and Beryl Southwell (nee Kilby) who were descendants of Thomas Southwell who came to Australia in 1838 and settled on the Ginninderra Creek in 1840.

Kingsley has lived on the 'Brooklands' property established by his grandfather Richard Southwell all his life and was a successful sheep and cattle farmer.

Kingsley went to Hall Primary School and then boarded at Wolaroi College in Orange.

At the completion of his schooling he returned to the family farm and began his career as a farmer. In 1969 he was able to buy his own land which he farmed as well as helping his father on 'Brooklands'. Kingsley continued to acquire more land and eventually took over the management of 'Brooklands'.

After the passing of his father and then later his mother Kingsley inherited 'Brooklands' and together with the property he had purchased over the years had a substantial holding in the Wallaroo area.

In recent years Kingsley has shed many hectares of his holding and now resides with his wife Cynthia on the original 220 acre 'Brooklands' property. In November 2008 he fully retired as a farmer and has been able to concentrate on his passion for collecting vintage vehicles and engines and transport and farming memorabilia. 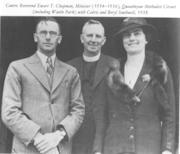