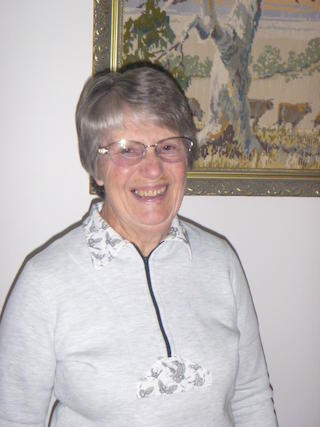 Dutch families who came to the Hall district in the 1950's

Tom Penders came to Australia in 1951 with his parents Jo and Jacoba and brothers Chris & Bert from a village in Holland called Cuijk. Tom's father worked in the tobacco industry which was suffering a downturn and he decided to bring his family to Australia looking for new opportunities. Tom was 18 years old at the time.

Tom started work as a labourer and then applied for the Public Service. However, his Dutch school qualifications were not recognised and he went to night school to do his year 11 and year 12.

Tom's family initially were accommodated in 2 rooms at a house in Hall owned by the Tickner family. The block of land next door was vacant and the family bought it for the cost of the administration fees and built a house on it. The named the house 'Nooitgedacht' which means 'Never Dreamt of'. They also established a beautiful garden full of flowers and shrubs. The house is still in Hall now occupied by Alastair and Marjorie Crombie.

Tom then began a greengrocery business where he regularly travelled to Melbourne and Sydney to buy fresh produce. He did this for many years until he was offered a job with the CSIRO as a Senior Stores Supervisor in the division of Entomology. A job he held until his retirement.

He met Wilhelmina (Willy) van Pelt in Canberra and they subsequently married in 1963. Willy came with her family from the Dutch East Indies (Indonesia) in 1951. Willy's father was a Prosecutor and an expert on international law in Indonesia. However, his qualifications were not recognised in Australia but he was often consulted unofficially on international law matters. Tom and Willy have 3 children (Maria, Robert and Joseph) and 2 grandchildren.