Family History Unit gets a boost! 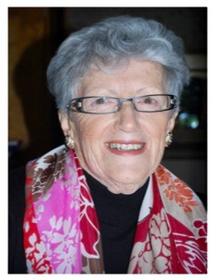 The Centre is now (officially) the proud winner of the Cynthia Foley Encouragement Award. The Award was announced and presented at the Conference Dinner at the NSW ACT Association of Family History Societies in Bateman's Bay on 15th September. On the announcement there was apparently quite a cheer from the Heraldry and Genealogy Society of Canberra (HAGSOC) members attending the Conference! Rosemary McKenzie from HAGSOC received the framed award and will present it to us in the near future. The Conference Dinner was provided with a snapshot of some of the activities and resources of the Hall School Museum and Heritage Centre.

Secretary John Hely reports: "Linda Barnes representing Cynthia Foley spoke of the importance of encouraging groups such as yours. There appeared to be a welcoming cheer and applause for your group receiving the Cynthia Foley Encouragement Award. Your group was included in the listing of Association Members and as such a copy of the Groups 'Delegate Package' will be posted to you shortly. Thanks for the Hall School Museum and Heritage Centre for doubling the groups in the ACT that are members of the Association".

We are able to respond to enquiries about early families in the broad district of Ginninderra, and are very pleased to have visits from pioneer family descendants, who are often able to add to our resources. Volunteers interested in working in our Family History Unit would be also be warmly welcomed.

Visiting Southwells on the heritage trail »