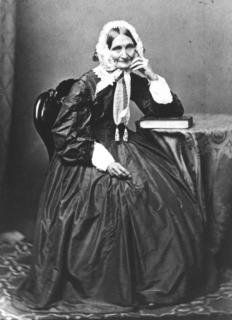 Elizabeth Jane Davis (known as Jane) was born in Aynho, Northamptonshire in 1795. Her parents were John Weston and Catherine (nee Burford). In March 1816 she married William Davis (senior).

In the 1830s, a number of their older children travelled to Australia and were first associated with the wealthy Broughtons of the Goulburn district. Her eldest daughter, Mary, married James Wright who had settled at Lanyon.

In 1842, Jane, William and the remaining children arrived in the colony on the Palestine. They first stayed with their daughter at Lanyon and then settled at Booroomba (at Paddy's River), where Wright had built them a home and where they established a 4,500-acre cattle-and-sheep run. They also ran a small herd of horses built up from local brumbies.

In the 1840s the Davises struggled to make ends meet at isolated Booroomba and even diversified their operation to include a 'boiling-down works' for tallow production. Elizabeth and her family remained at Booroomba until 1859 when they sold out to Charles McKeahnie of Gudgenby.

After this, they lived with her son at one of the two Ginninderra cottages on the Palmerville estate. When William Davis (junior) sold Palmerville and Gungahlin to Edward Crace, she relocated to Auburn Street, Goulburn with her husband.