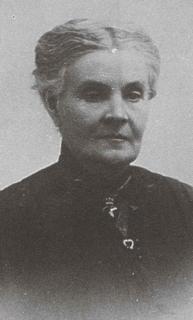 Kate Marion Mort was born in 1852 in Ispwich, Queensland, into a rich woolbroking and pastoralist family. Her parents were Henry Mort and Maria Laidley.

On a voyage back from a holiday in England in 1865, Kate, her mother and younger sister were travelling on the Duncan Dunbar, which hit a reef off the coast of northern Brazil. Kate was thirteen. The ship was wrecked. She was among the 117 passengers who managed to reach the precarious safety of a sandbank on a reef, where they waited until their rescue some days later. It was in these dire circumstances that she met her future husband, Edward Kendall Crace, who was journeying to Australia for a holiday. He was impressed by the way she acted stoically throughout these events and cared for her younger sister.

Four years later, Crace arrived in Sydney where he renewed his acquaintance with the Mort family. He sought Kate's hand in marriage, but her wealthy father was concerned about Kate's tender age (sixteen at the time) and Edward's lack of financial security. Nevertheless, the two were wed by 1871. They were to have nine children.

At first they lived in Toowoomba, where her husband had purchased a share of a pastoral station. In 1877 they briefly returned to England. Upon their return, her husband took up a position with William Davis (junior) as manager of both his Palmerville estate and a new Gungahleen property, where Davis had just built what was to become known as Gungahlin homestead. But Crace soon fell out with his employer. Fortunately for both parties, Davis was keen to sell up and Crace purchased the properties; taking over as the new 'squire' of Ginninderra in 1880.

The Craces appear to have considered themselves as the local gentry. They found the Davis mansion at Gungahlin unsatisfactory and invested heavily in extending it and improving the furnishings and grounds. They sent their children for periods in England and would holiday themselves there on occasion. By most accounts, they had little meaningful interaction with the smaller farmers and workers.

In the economic downturn of the early 1890s, like many other pastoralist families, they struggled to keep afloat and to maintain the large interest repayments of their mortgage (annually ₤3,600).

In September 1892 her husband and his groom tragically drowned aged 48 years, crossing a flooded Ginninderra Creek. As a widow with many young children, Kate, struggled to keep the estate together; although it is thought that she was heavily assisted by her family's connections and wealth.

Although her eldest son, Everard Gregory Crace, remained farming in the district, Kate and the most of the family left the district and lived in northern Sydney when the new FCT was formed and the land resumptions began. She died in 1926 in Woollahra.